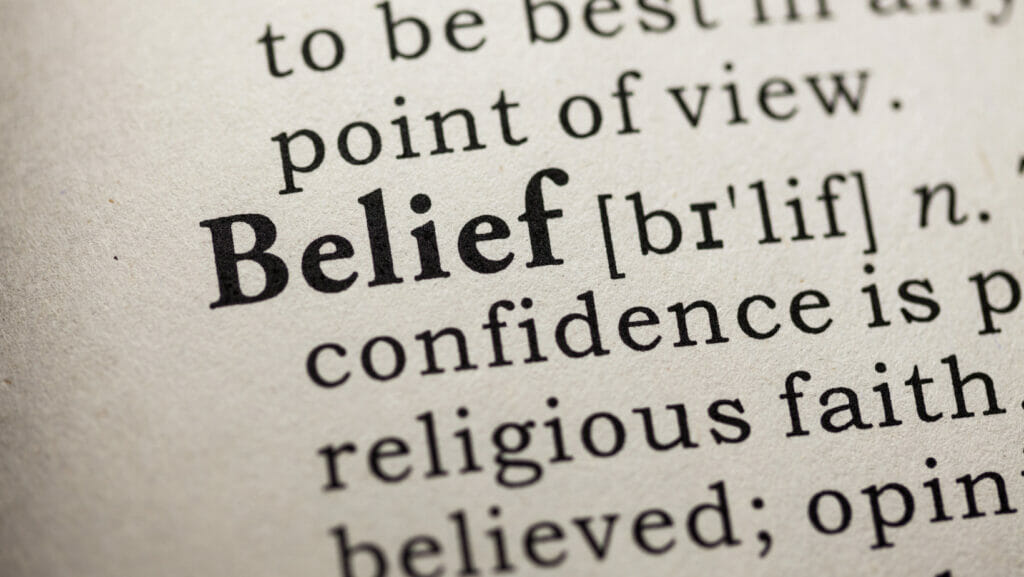 Most people experience limiting beliefs in their lifetime. Others may wonder what limiting beliefs are. A limiting belief is something that keeps you from your fullest potential, holding you back with fear and misunderstanding. It could be that you can’t dance, that you are a bad public speaker or artist. All limiting beliefs restrict a person from reaching their full potential. These beliefs often include false accusations about one’s own abilities. Limiting beliefs can influence the mind negatively. They may restrict creativity, goal setting, or even dreams. Limiting beliefs can set us into a panicked state, activating the sympathetic nervous system. Heart rate increases, breathing accelerates, and the body may feel hot/cold, tremble, or tingle.

Others may experience a frightening response, where they can’t speak or focus, and feel heaviness in their limbs.

If someone believes they can’t speak publicly, they restrict themselves from sharing their knowledge with others. Perhaps this person gets hot flashes and jitters before speaking in front of crowds. This belief begins in the mind and can be observed in the physical body if not identified and redirected. These beliefs do not only influence self-esteem but also our view of others. Carrying limiting assumptions, judgments, or biases about others hinders collaboration with others. Limiting beliefs about others can influence one’s emotional and physical state.

How can we implement journaling when experiencing limiting beliefs? Journaling helps to identify limiting beliefs which is the first step to release those beliefs. Compassionate self-forgiveness is one of such journaling exercise. As we journal, we begin to train ourselves to release these limiting beliefs. Surely, you have learned about different ways to learn, all of which utilize different senses. Journaling uses one’s sense of touch by writing. It utilizes the sense of sight through reading. Speaking the journaled words aloud uses the sense of hearing. The most important factor to learn a new healthy habit is by repeating it regularly. From the perspective of a yoga therapist and yoga teacher, I recommend daily journaling. Daily practice of journaling to release limiting beliefs can offer a faster outcome compared to weekly journaling.

One of my favorite journaling exercises to release limiting beliefs is called “Compassionate Self-Forgiveness”. This practice was taught by my mentor, yoga therapist, and yoga teacher, Michelle Young, founder of My Vinyasa Practice (MVP). She includes this exercise in most of her training and wellness certifications offered at Michelle Young Yoga or My Vinyasa Practice. Compassionate self-forgiveness begins with recognizing when we think of a limiting belief. For example, I felt excluded when my friend didn’t include me in her upcoming event invitation. Rather than assuming the worst, I stopped and got my journal out. I wrote down what happened, then how it made me feel. Then I ask myself if this entire scenario is the truth or my perception. Nine times out of 10 it’s my perception, a limiting belief I hold about myself or my friend. Perhaps I recognized that this feeling occurred because of a past hurtful experience with a different friend. Maybe, I realized that it could be a misunderstanding because I was already in a bad mood. Did I maybe rush through my day without being mindful, and misunderstand a written or verbal conversation because of it? Perhaps I misread my friend’s social media post because I didn’t practice mindfulness when reading. Or, I realized I skipped my daily yoga and meditation practice. Once I recognize all of these possibilities, I rewrite my perception as a true statement. Instead of “My friend excluded me and made me feel unworthy or unloved” (perception), I write “I am worthy of love and my perception does not influence my truth.” Then I forgive myself for buying into the idea that I’m unworthy by writing that sentence down. The limiting belief that I’m unworthy dissipates after this journaling exercise. And I can go back to past journaling pages and maybe recognize a pattern. With that new knowledge, I can eventually apply compassionate self-forgiveness in thought rather than having to write it down. Journaling about it though is the ideal tool to release limiting beliefs. Through journaling, we’re not just applying a mental thought or a breathing exercise, but we train the mind to rewire our embedded belief system through writing it out.

Journaling about limiting self-beliefs empowers people to acknowledge the truth and differentiate from perceptions. I highly recommend researching any of My Vinyasa Practice’s affordable certification programs or their yoga classes to learn about mindfulness, journaling, and releasing limiting beliefs.